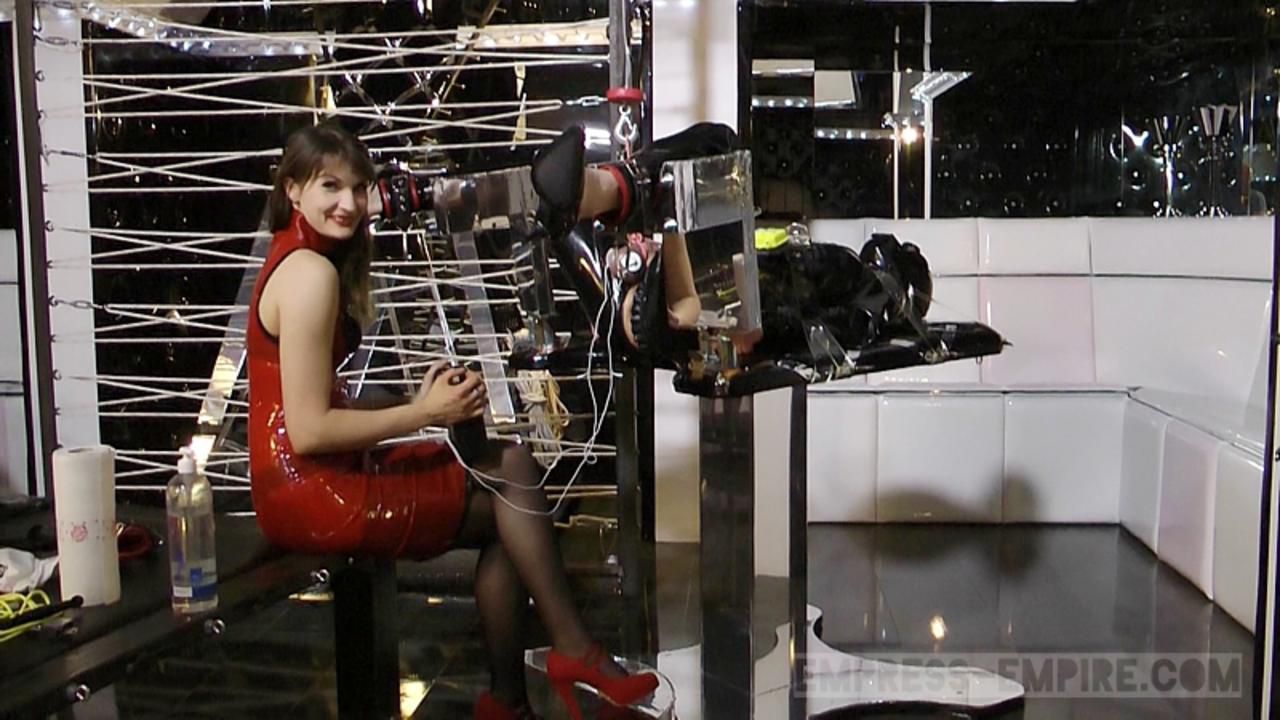 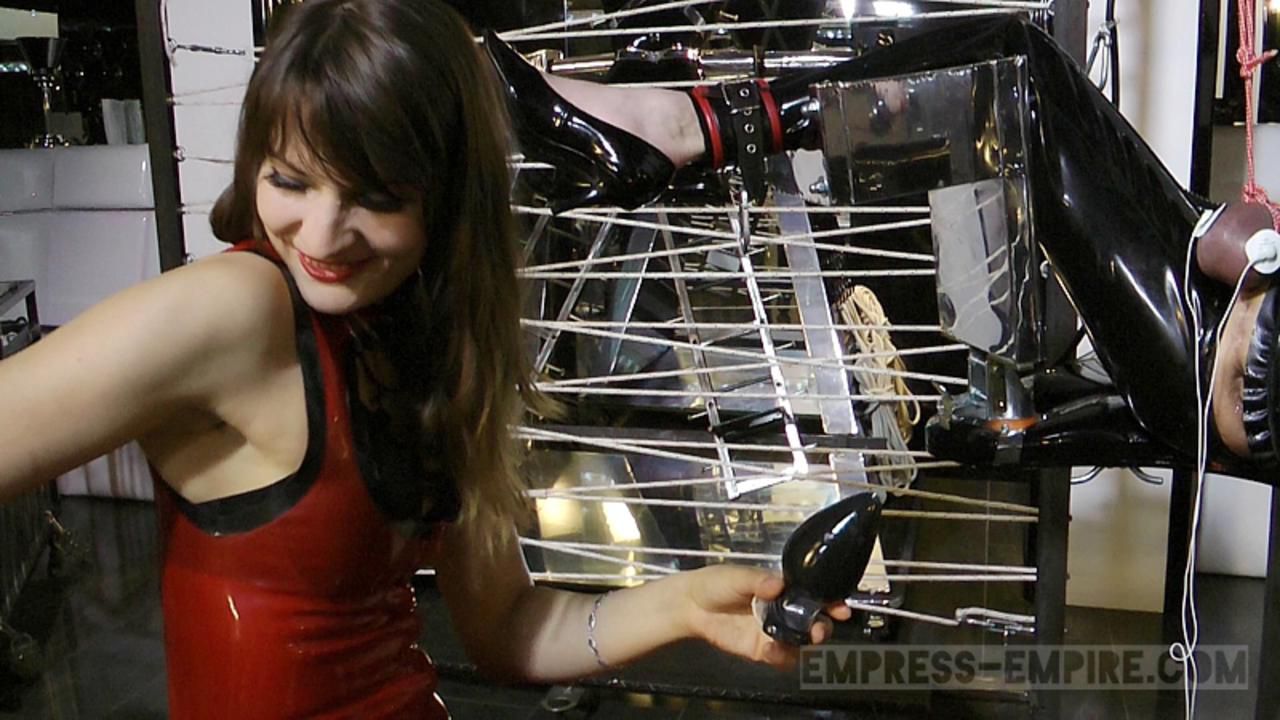 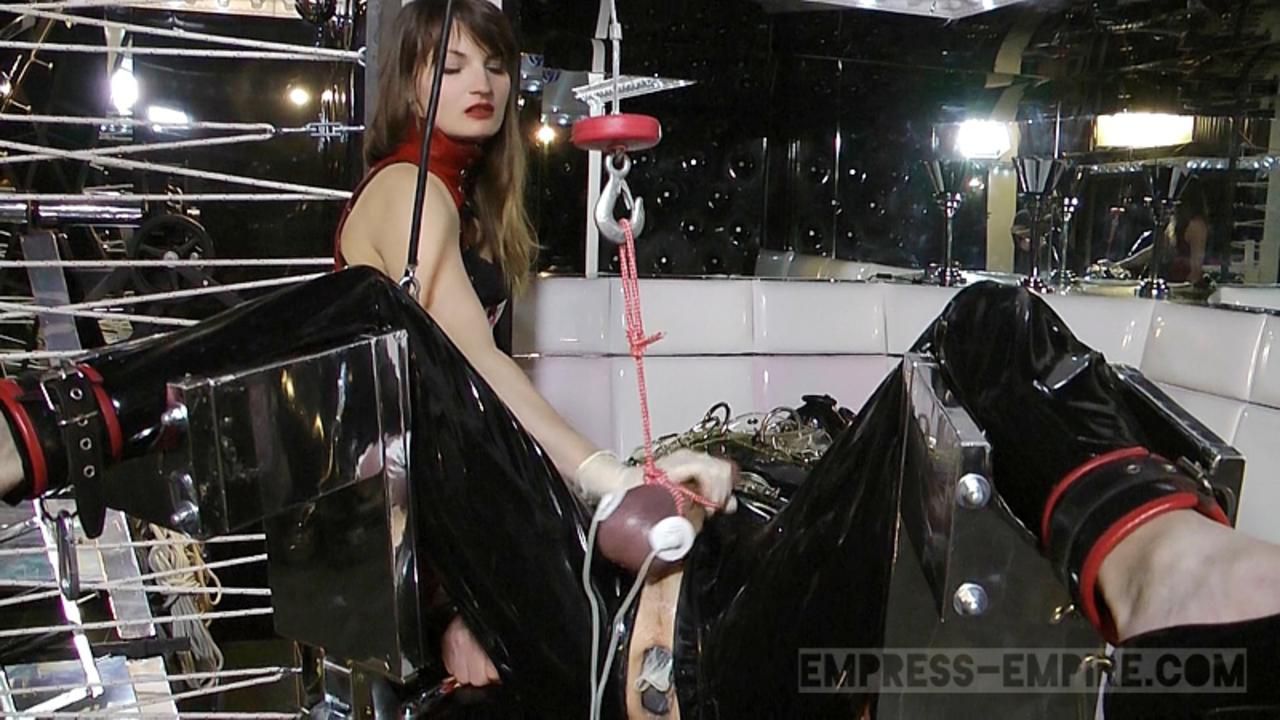 Absolute mean it is going now for the rubber toy of Lady Lilith at the end of the session ahead, first the Toy gets his ass stuffed with the full fist, then the joking balls are set under power again, while the mistress tenderly cares about the hard dick, as the toy almost can not control itself anymore cause of his lust and only wants to get an orgasm comes again the whip into the game. At the end the poor toy get for the amusement of the mistress simply locked away in the cage without being released. There are also other mistresses in the dungeon who later want to have fun with the rubber toy.