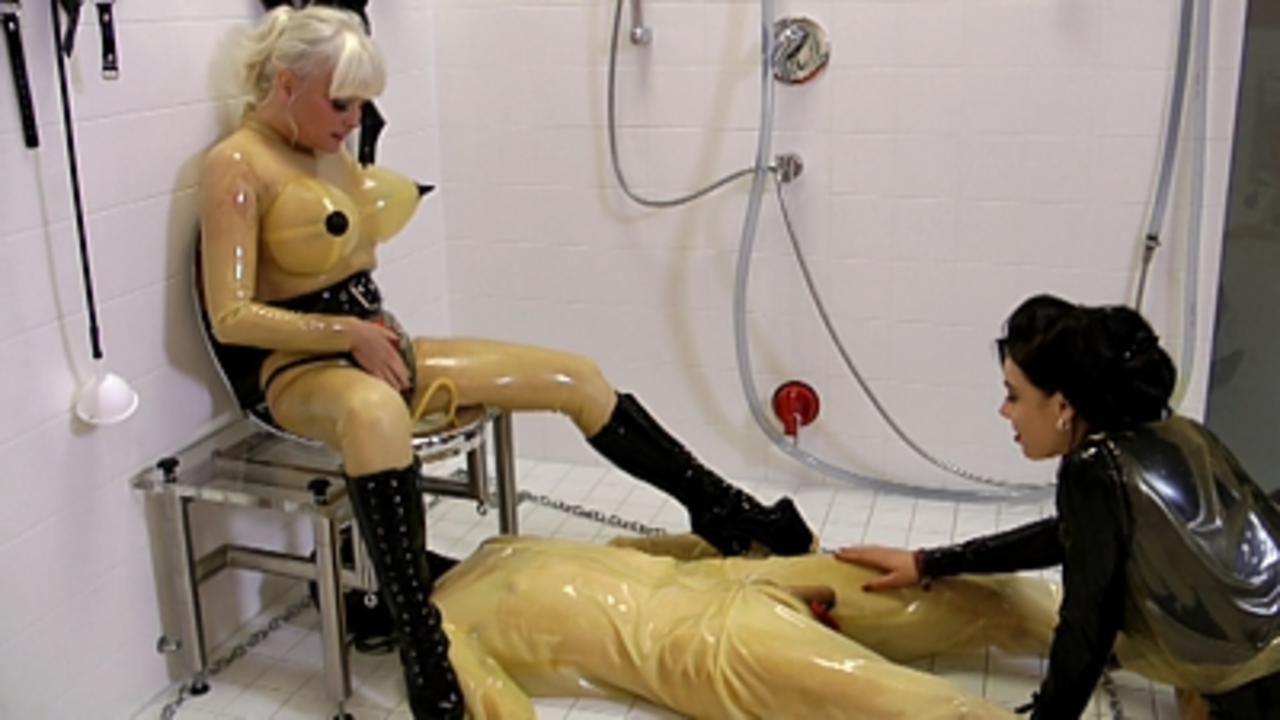 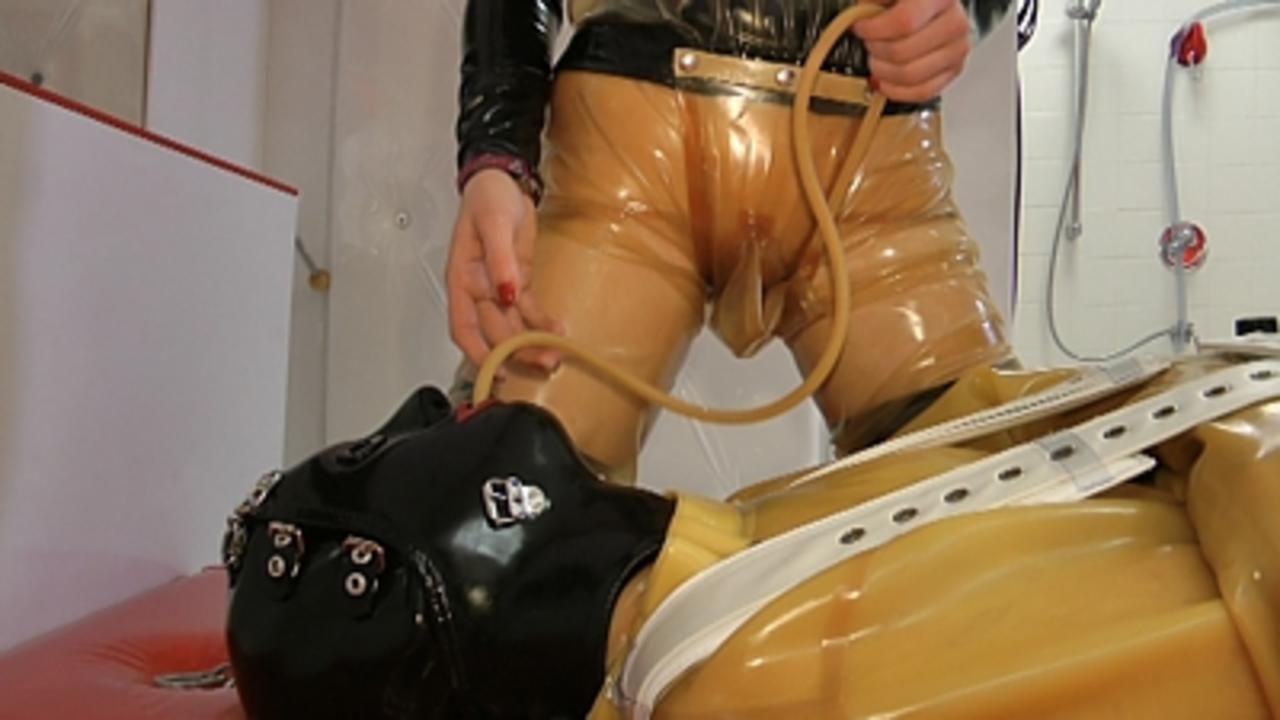 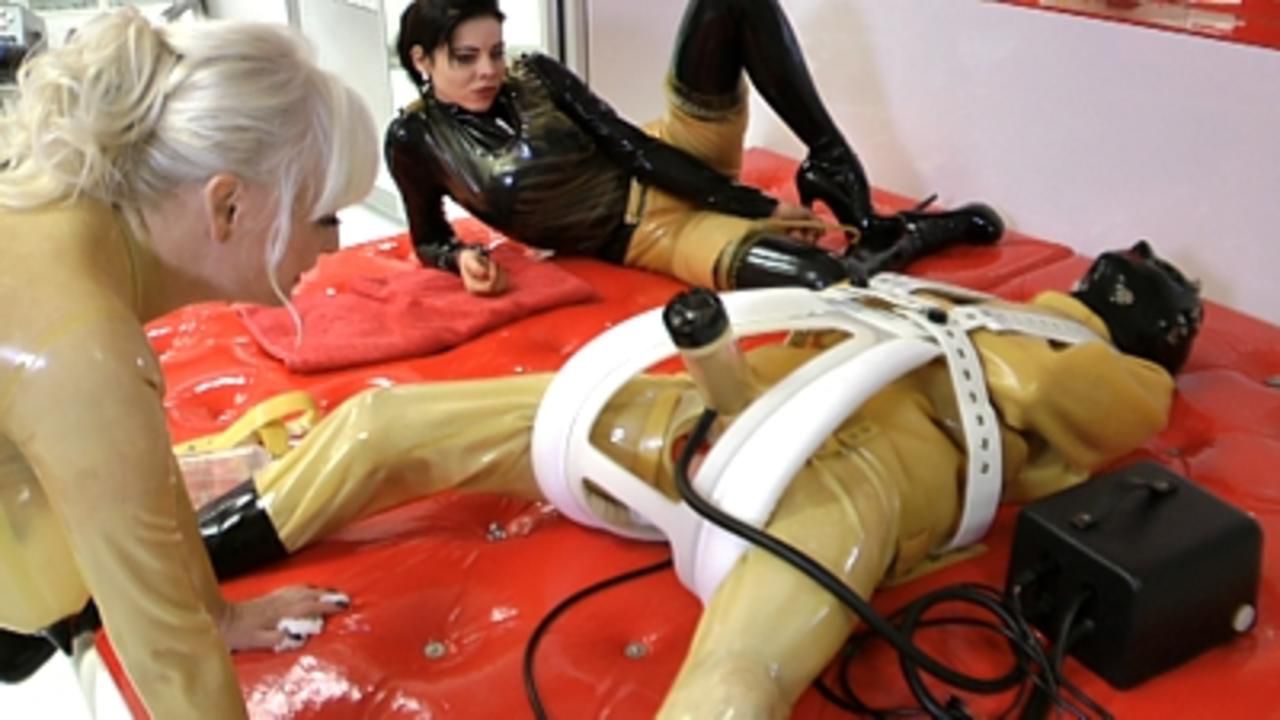 The total tubing of the 24/7 Rubber Toys and its final education to the public toilet is announced today. After it has been helplessly fixed on the gynecological chair, it is freed from its chastity cage and a catheter is placed, then the anus of the rubber object is ploughed and its mask is connected to a container which contains the delicious champagne of the two goddesses. Later the Playtoy is spent in absolute helplessness by means of a straitjacket and spreading harness. Then follows the tubing with Lady Ashley's pee panties. The next swallowing for him is now announced. Shortly before the lust insanity standing the Playtoy now gets the mean Melk training. Stupidly only that the machine is turned off again and again then if it is shortly before coming. At the end of his upbringing the rubber object is now put to its future use. Defenceless, tightly chained and with its hoses, it can now serve as a public toilet in the Studio Black Fun. Ready for all ladies who want to relieve themselves urgently.