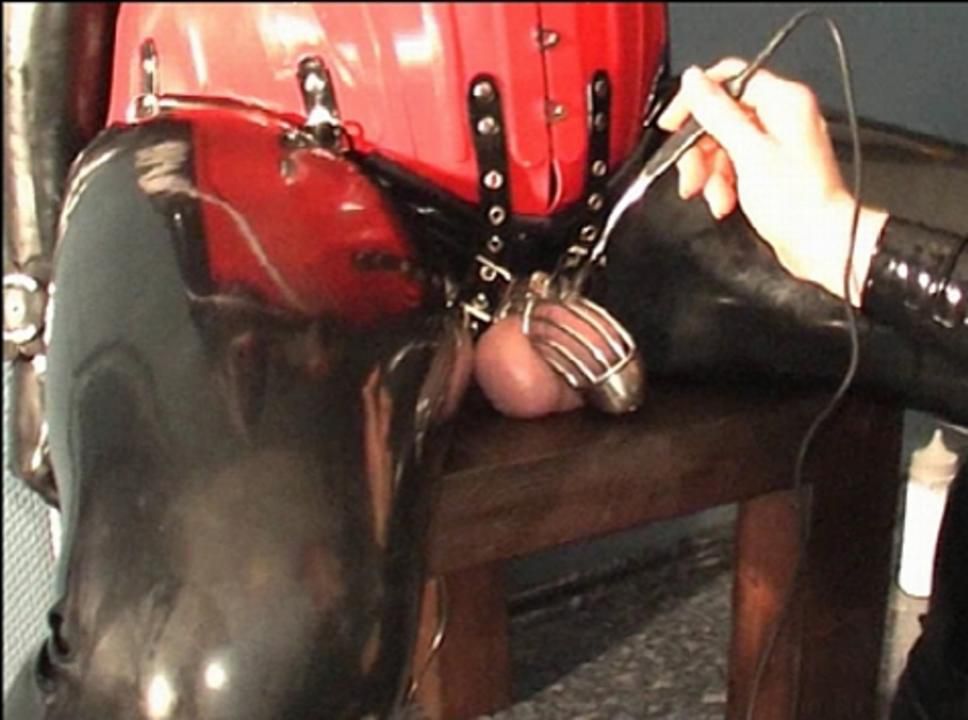 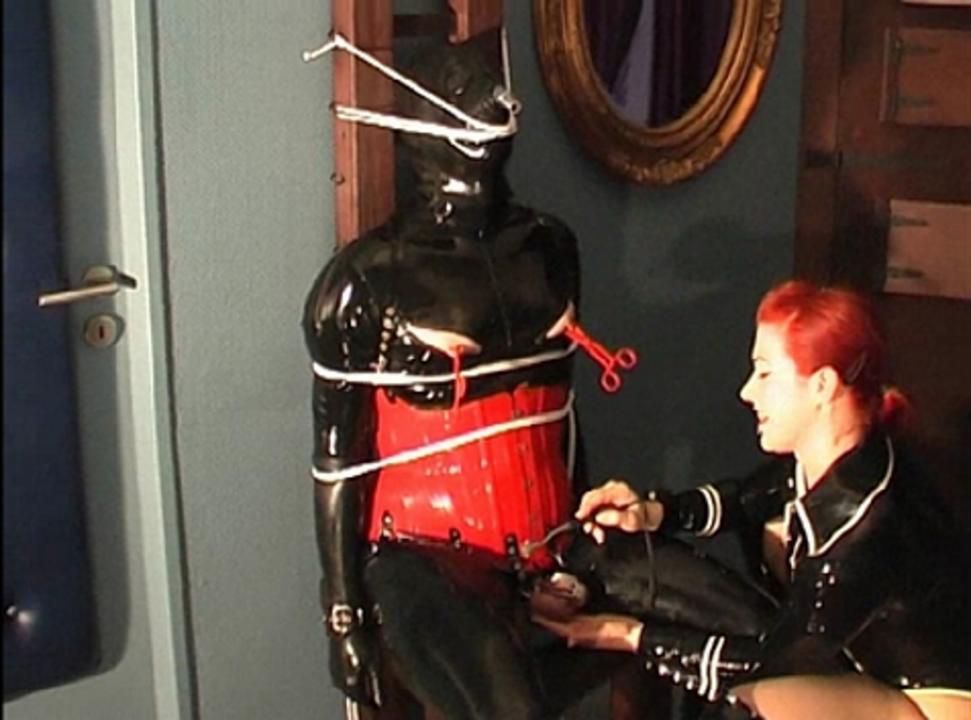 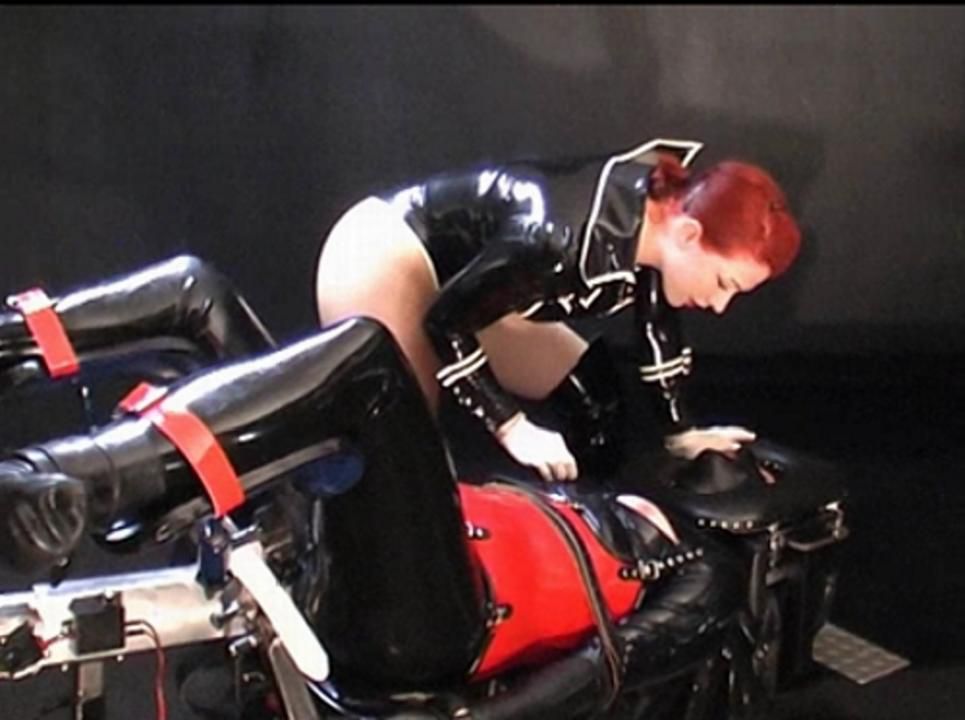 Rubber Man is back, to his probably most intense Treatment! Almost 6 weeks the good one was now in locked up his chastity cage. Unbearable the traffic jam... but before the release comes, the his goddess has set the suffering! Completely in rubber packed, helplessly lashed down, he is in the mercy of his mistress.First a breathing reduction game increases the narrowness in his Cage a little further and then the show starts. His asshole, his testicles and at the end the whole chastity cage is placed under Power set and of course he is allowed to swallow the pee from his mistress while he is taking merciless by a fucking mashine